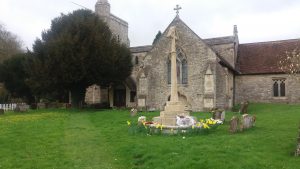 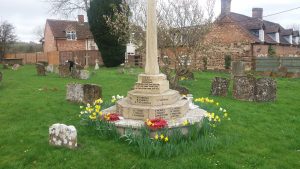 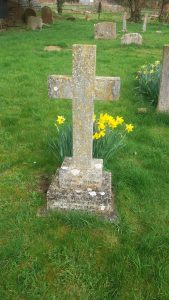 Victory Medal L/106 B15 Page 3110
British Medal L/106 B15 Page 3110
Action taken: List L/A/S9
Cause of discharge A.A.O. 265/17 – Pases 2(h)
Silver War Badge 25 February 1918
Whether served overseas Yes
Age on discharge 21
Record set Silver War Badge Roll 1914-1920
Cause of discharge Sickness King’s Regulation Para 392 Xvi. Para 2 (b) Army Order 265/17
This Order was an amendment to the conditions governing the issue of the Silver War Badge. Paragraph 1 simply said that the King had approved the amendment. Paragraph 2 introduced certain classifications:
(a) those who, having served as officers and being still of military age, have retired, resigned or relinquished their commissions:
(i) after service overseas in the armed Forces of the Crown, on account of disablement or ill-health caused otherwise than by misconduct;
(ii) after service at Home, and have been medically examined and finally discharged from liability to further military service under sub-section (5) of Section 1 of the Military Service (Review of Exceptions) Act 1917, as permanently and totally disabled, otherwise than from misconduct.
(b) those who, having served as soldiers and being still of military age, have been discharged under the conditions set forth at (i) and (ii) in (a).

Records of the Silver War Badge
The Silver War Badge was instituted in 1916 and awarded to men who were honourably discharged under certain regulations which are shown below. It was also awarded in retrospect: that is, to men discharged in 1914 or 1915 who otherwise met the criteria.
Eligibility
The Silver War Badge, sometimes wrongly referred to as the Silver Wound Badge, was instituted from 12 September 1916 under Army Order 316. It is a circular badge with the legend “For King and Empire – Services Rendered” surrounding the King George V cypher. The badge had a pin for wear as a brooch.

The badge was awarded to all of those military personnel who had served at home or overseas during the war, and who had been discharged from the army under King’s Regulations. Expiry of a normal term of engagement did not count and the most commonly seen reason for discharge and issue of the badge is KR is 392(xvi), meaning the soldier had been released on account of being permanently physically unfit.
It was possible to be awarded a badge if the man had not served overseas – and if his service record is now lost this may be the only remaining evidence of service for such a soldier.
The King’s Certificate of discharge
It seems that most badges were accompanied by a King’s Certificate although strictly these were issued subject to separate regulations.
Army Orders 138 and 139 of May 1918 cover the award of the “King’s Certificate” and “King’s Second Certificate” to officers and men respectively. In the case of the latter, they had to have been discharged under Paragraphs 392 (xvi) or (xvia) of King’s Regulations “on account of disabilities contracted” following service overseas in a theatre of operations “with an Expeditionary Force in the present war” or “on account of disablement certified to be directly attributable to the action of the enemy e.g. air or naval raids” and in the case of those serving with the flying services, “disablement certified to have been caused or aggravated by military service while engaged on flying duty in connection with operations against the enemy”. Thus entitlement to the badge did not necessarily entitle a man to the award of a certificate whilst those awarded a certificate would most certainly have been entitled to a badge.